The destination of Japan 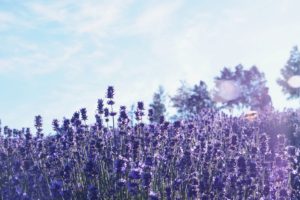 Furano (富良野市 Furano-shi) is a city in the prefecture of Hokkaido, Japan, located in the southern reaches of Kamikawa Subprefecture, under whose jurisdiction it resides. Well known throughout Japan as a tourism destination, it is famous for its lavender fields, the television drama Kita no Kuni kara and the Furano Ski Resort, which held the Snowboarding World Cup in recent years. As of September 2016, the city has an estimated population of 22,715 and a density of 38 persons per km² (98 persons per sq. mi.). The total area is 600.97km2 (232.04 sq mi) 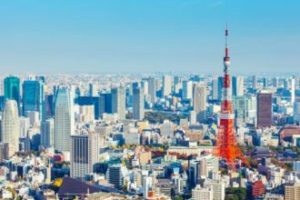 Tokyo (東京 Tōkyō, "Eastern Capital"), officially Tokyo Metropolis (東京都 Tōkyō-to), one of the 47 prefectures of Japan, has served as the Japanese capital since 1869. As of 2018, the Greater Tokyo Area ranked as the most populous metropolitan area in the world. The urban area houses the seat of the Emperor of Japan, of the Japanese government and of the National Diet. Tokyo forms part of the Kantō region on the southeastern side of Japan's main island, Honshu, and includes the Izu Islands and Ogasawara Islands. Tokyo was formerly named Edo when Shōgun Tokugawa Ieyasu made the city his headquarters in 1603. It became the capital after Emperor Meiji moved his seat to the city from Kyoto in 1868; at that time Edo was renamed Tokyo. The Tokyo Metropolis formed in 1943 from the merger of the former Tokyo Prefecture (東京府 Tōkyō-fu) and the city of Tokyo (東京市Tōkyō-shi). 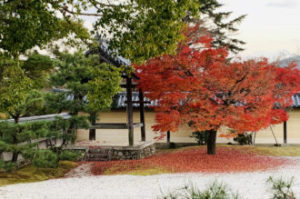 Kyoto (京都Kyōto) , is the capital city of Kyoto Prefecture in Japan. Located in the Kansai region on the island of Honshu, Kyoto forms a part of the Keihanshin metropolitan area along with Osaka and Kobe. As of 2018, the city has a population of 1.47 million.In 794, Kyoto (then known as Heian-kyō) was chosen as the new seat of Japan's imperial court. The Emperors of Japan would rule from Kyoto in the following eleven centuries until 1869, when the court relocated to Tokyo. The city was devastated during the Ōnin War in the 15th century and went into an extended period of decline, but gradually revived under the Tokugawa shogunate(1600–1868) and flourished as a major city in Japan. The modern municipality of Kyoto was established in 1889. The city was spared from large-scale destruction during World War II and as a result, its prewar cultural heritage has mostly been preserved.Kyoto is considered the cultural capital of Japan and a major tourist destination. 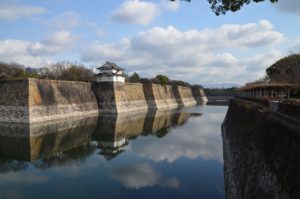 Osaka (大阪市 Ōsaka-shi) is a designated city in the Kansai region of Japan. It is the capital city of Osaka Prefecture and the largest component of the Keihanshin Metropolitan Area, the second largest metropolitan area in Japan and among the largest in the world with over 19 million inhabitants. Osaka was traditionally considered Japan's economic hub. By the Kofun period (300–538) it had developed into an important regional port, and in the 7th and 8th centuries it served briefly as the imperial capital. Osaka continued to flourish during the Edo period (1603–1867) and became known as a center of Japanese culture. Following the Meiji Restoration, Osaka greatly expanded in size and underwent rapid industrialization. In 1889, Osaka was officially established as a municipality. 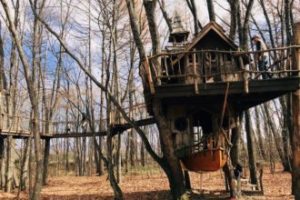 Karuizawa (軽井沢町 Karuizawa-machi) is a town located in Nagano Prefecture, Japan. As of 1 October 2016, the town had an estimated population of 20,323 in 9897 households , and a population density of 130 persons per km². The total area of the town is 156.03 square kilometres (60.24 sq mi). Karuizawa is a popular summer resort area for the residents of Tokyo. Karuizawa is located in eastern Nagano Prefecture, bordered by Gunma Prefecture to the north, east and south. The town is located on an elevated plain at the foot of Mount Asama, one of Japan's most active volcanoes. The mountain is classed as a Category A active volcano. A small eruption was detected in June 2015, a more significant eruption spewing hot rocks and a plume of ash occurred in February 2015. 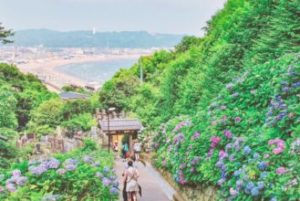 Kamakura (鎌倉市 Kamakura-shi) is a city in Kanagawa Prefecture, Japan. Although Kamakura proper is today rather small, it is often described in history books as a former de facto capital of Japan, the nation's most populous settlement from 1200 to 1300 AD,as the seat of the shogunate and of the Regency during the Kamakura period. Kamakura was designated as a city on November 3, 1939. As of September 1, 2016, the modern city has an estimated population of 172,302, and a population density of 4,358.77 persons per km2. The total area is 39.53km2  (15.26 sq mi). As a coastal city with a high number of seasonal festivals, as well as ancient Buddhist and Shinto shrines and temples, Kamakura is a popular tourist destination within Japan. 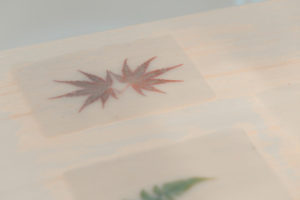 Washi (和紙) is traditional Japanese paper. The word "washi" comes from wa meaning 'Japanese' and shi meaning 'paper'. The term is used to describe paper that uses local fiber, processed by hand and made in the traditional manner. Washi is made using fibers from the inner bark of the gampi tree, the mitsumata shrub (Edgeworthia chrysantha), or the paper mulberry (kōzo) bush. [1] As a Japanese craft, it is registered as a UNESCO intangible cultural heritage. Washi is generally tougher than ordinary paper made from wood pulp, and is used in many traditional arts. Origami, Shodo, and Ukiyo-e were all produced using washi. Washi was also used to make various everyday goods like clothes, household goods, and toys, as well as vestments and ritual objects for Shinto priests and statues of Buddha. It was even used to make wreaths that were given to winners in the 1998 Winter Paralympics. Several kinds of washi, referred to collectively as Japanese tissue, are used in the conservation and mending of books. 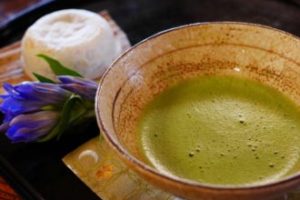 Sadou(茶道) The Japanese tea ceremony, also called the Way of Tea, is a Japanese cultural activity involving the ceremonial preparation and presentation of matcha (抹茶), powdered green tea.In Japanese, it is called chanoyu (茶の湯) or sadō, chadō (茶道), while the manner in which it is performed, or the art of its performance, is called (o)temae ([お]手前; [お]点前).Zen Buddhism was a primary influence in the development of the Japanese tea cerem -ony.Much less commonly, Japanese tea practice uses leaf tea, primarily sencha, in which case it is known in Japanese as senchadō (煎茶道, the way of sencha) as opposed to chanoyu or chadō.Tea gatherings are classified as an informal tea gathering chakai (茶会, tea gathering)and a formal tea gathering chaji (茶事, tea event). A chakai is a relatively simple course of hospitality that includes confections, thin tea, and perhaps a light meal. A chaji is a much more formal gathering, usually including a full-course kaiseki meal followed by confections, thick tea, and thin tea. A chaji can last up to four hours. 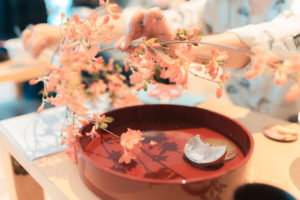 Ikebana (生け花, 活け花, "arranging flowers" or "making flowers alive") is the Japanese art of flower arrangement.It is also known as Kadō (華道, "way of flowers"). The tradition dates back to the 7th century when floral offerings were made at altars. Later, they were placed in the tokonoma (alcove) of a home. Ikebana reached its first zenith in the 16th century under the influence of Buddhist tea masters and has grown over the centuries, with over 1,000 different schools in Japan and abroad. Kadō is counted as one of the three classical Japanese arts of refinement, along with kōdō for incense appreciation and chadō for tea and the tea ceremony. 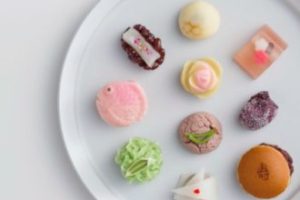 Wagashi (和菓子 wa-gashi) are traditional Japanese confections that are often served with tea, especially the types made of mochi, anko (azuki bean paste), and fruits. Wagashi are typically made from plant-based ingredients. Wagashi typically takes a lot of work. It is usually named after poetry, historical events, or natural scenery.Wagashi is well known for its delicateness and variety in appearance. This can reflect the delicacy culture of Japan.Wagashi can be used as a great gift during festivals, and can also be daily treat for visiting guests. Different places have wagashi that are unique infla -vor as their local specialty. Japanese people tend to take back home wagashi after business trips or personal trips.Japanese people believe that the artistic characteristic of wagashi represents both a sense of the season when wagashi is made and a humble culture of Japan. 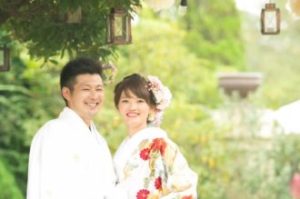 The kimono (着物, きもの) is a traditional Japanese garment. […]

The kimono (着物, きもの) is a traditional Japanese garment. The word kimono literally means ki (着 "wearing", specifically on the upper body) + mono (物 "thing"). Over time, the kimono has come to be a T-shaped wrapped garment with set sleeve lengths, variations and a set way of construction. The plural of kimono is kimono, as Japanese does not distinguish plural nouns, though the English plural kimonos is also used. Kimono are often worn for important public holidays and festivals, and for formal occasions such as weddings and funerals.Today, kimono are most often worn by women, particularly on special occasions. Unmarried women traditionally wore furisode ('swinging sleeve') kimono, with almost floor-length sleeves, on special occasions, though even their casual kimono would have longer sleeves with rounded edges at the front. In modern times, a woman generally only wears furisode to special occasions, and stops wearing furisode in her early 20s, married or not. Men wear the kimono most often at weddings, tea ceremonies, and other very special or very formal occasions. 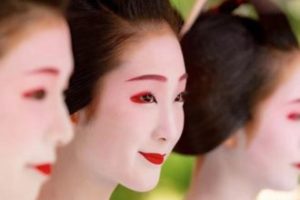 Geisha(芸者) geiko(芸子),  are Japanese women who entertain through performing the ancient traditions of art, dance and singing, and are distinctively characterized by their wearing of kimono and oshiroi makeup. Contrary to popular belief, geisha are not the Eastern equivalent of a prostitute; a misconception originating in the West due to interactions with Japanese oiran courtesans, whose traditional attire is similar to that of geisha.